Reading: Forgotten Grasslands of the South 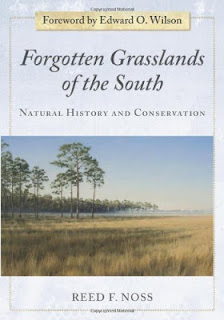 Reed Noss' new book, Forgotten Grasslands of the South is quite good. At least the first half.

I try to review books about halfway through because the last half usually drags on. This might prove an exception, but I'll see.

Noss' main point is that grassland of the SE US are the true ancient grasslands of North America.

While the Great Plains were under ice or spruce, the SE was the refugia for much of the grassland biome. And has been for millions of years.

The high levels of endemism of species is a primary line of evidence. For example, he has a short table comparing the number of species of different plants in the Great Plains vs. Florida. Andropogon? 2 species in the plains. 9 in Florida.

Noss also argues for reconsideration of the longleaf pine ecosystem as a grassland.

His best writing is the natural history when he takes you through a tour of places he's visited. Dolomite glades, longleaf pine savannas, ancient salt licks.

I would say that this is one book that deserves to be a documentary. His descriptions are good, but video would do it more justice. 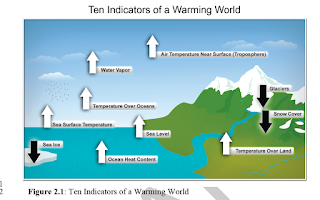 I've been slowly working my way through the draft of the National Climate Assessment Report.

Parts have been riveting.

Chapter 2 on "Our Changing Climate" is an incredible compendium and synthesis.

The key messages read like a list of our worst fears. Temperatures up 1.5°F since 1895. More heat waves, floods, droughts, and hurricanes. Less ice. Sea levels up 8 inches since 1880.

One of the most quotable lines:

"The sum total of this evidence tells an unambiguous story: the planet is warming."

The section on heat waves stood out most for the jump in certainty that has been made:


"Research has found that the human contribution to climate change approximately doubled the
probability of the record heat in Texas in the summer of 2011 (Hoerling et al. 2012a)."

Compared to even the last IPCC or the last NCA, these syntheses are much stronger.

I guess when you think about it,  what has happened to our climate in just the past 4 years is much stronger. 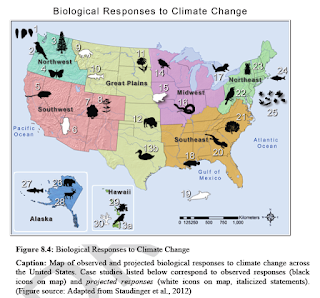 The National Climate Assessment Report is second only to the IPCC report in importance for climate change in the US.

Every four years a number of scientists in the US come together to synthesize new information on the state of climate change for the US.

It's now being released for a 3-month comment period. It can be downloaded at GlobalChange.gov.

It's a long document.

It's also strongly worded in many parts.

Here's the opening paragraph of the Executive Summary:

"Climate change is already affecting the American people. Certain types of weather events have become more frequent and/or intense, including heat waves, heavy downpours, and, in some regions, floods and droughts. Sea level is rising, oceans are becoming more acidic, and glaciers and arctic sea ice are melting. These changes are part of the pattern of global climate change, which is primarily driven by human activity."

Climate change is no longer a future scenario but a present reality.

As I read through this, I'll post anything else that stands out.
Posted by JMC at 7:12 PM 1 comment: 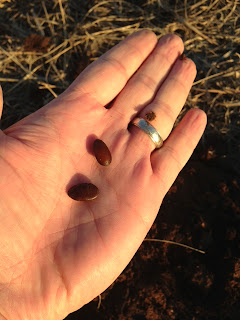 It goes without saying that you always see something interesting in Nature.

Today's hike at Konza I was kicking over bison fecals. A number of them were just loaded with locust seeds.

Those aren't listed in the typical diet.
Posted by JMC at 6:54 PM 1 comment: