Map of streams of US 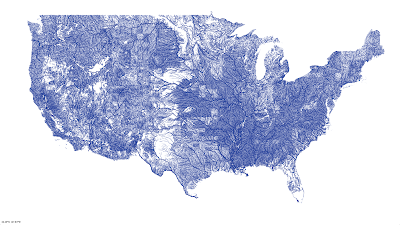 I found this map of the US today. It shows all of the streams and rivers in the lower 48 states. You can find it here.

It seem like everywhere in the US, even dry places, have at least temporary streams. But not everywhere.

What fascinates me about the map are not that there are so many streams, but the regions where there aren't any.

That strip in the Dakotas is the Missouri Coteau. It's the western extent of the eastern glaciers. It looks something like this: 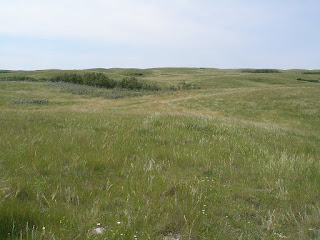 There really are no streams there. Pot hole lakes and well drained soil. But really no streams.

In the middle, you can also see the Sandhills of Nebraska. Again, almost no streams. At least on the surface. Almost all the water drains through the soil and feeds aquifers.

In the northwest, there are the buttes of the Snake River valley: 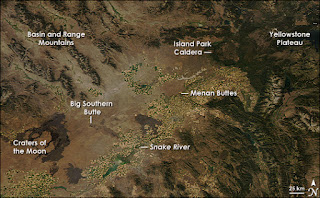 Again, no streams or rivers up there.

South of the Snake River Valley is the Great Salt Lake Basin.

Down in Florida, the Everglades are prominent.

I really have no other insight about the map, except it's an interesting way to look at the geography of the US.