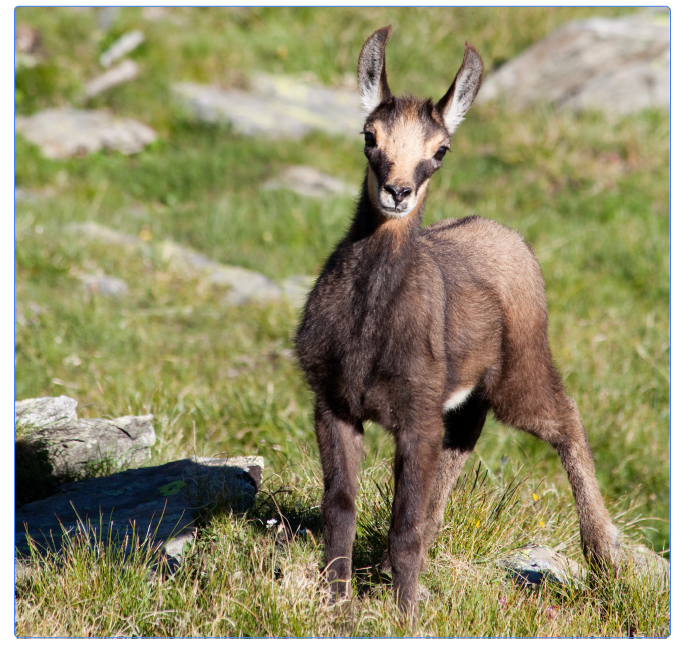 A long term record of alpine chamois weights from the Alps shows that body mass has been declining since 1979.

Using mass of over 10,000 carcasses from hunters, the authors show that the weights of juvenile chamois have been declining over the past few decades. Although some of the decline is due to increasing population density (stricter hunting laws), it appears that high temperatures also have been directly causing declines in mass.

The authors propose greater thermoregulatory demands as contributing to the declines, but the authors were unable to determine whether forage quality had declined. 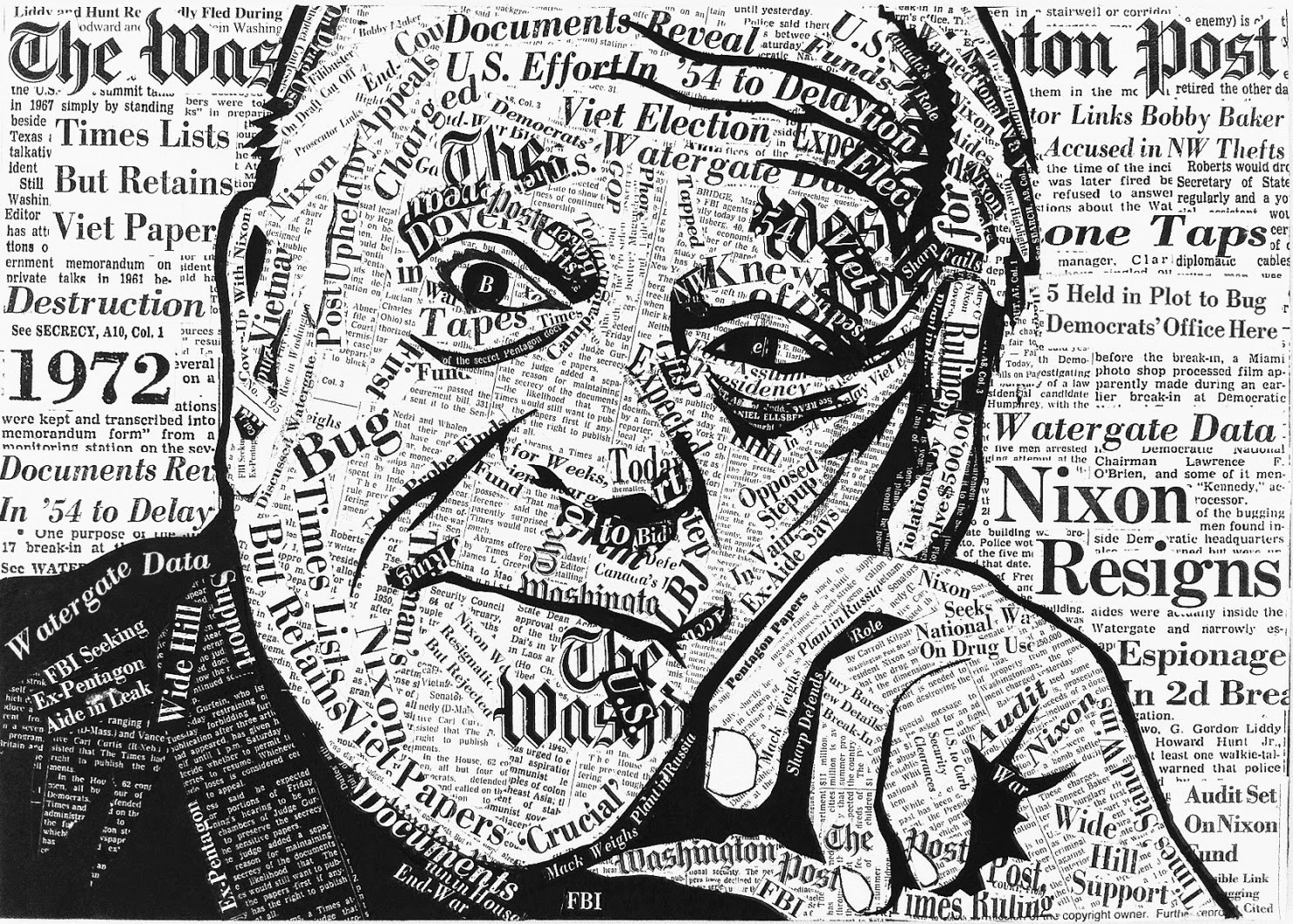 Ben Bradlee, editor of the Washington Post for many years, passed away at age of 93.

Washington Post published an essay of his from 1997 where he discusses the role of the press and lies from public officials:

Where lies the truth? That’s the question that pulled us into this business, as it propelled Diogenes through the streets of Athens looking for an honest man.

If it wasn't for investigative journalists and editors like Bradlee, the world would be a different place.
Posted by JMC at 7:12 PM No comments: 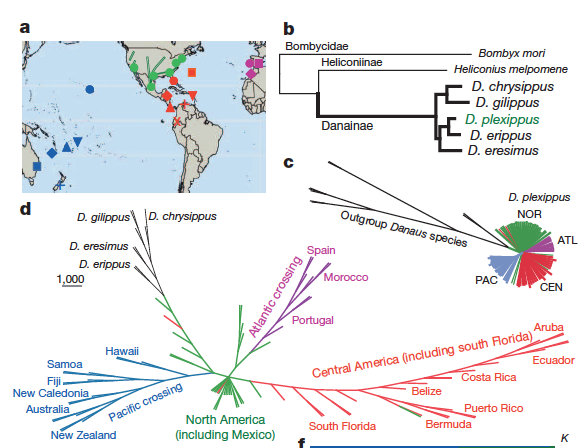 A quick note on a new paper in Nature on the evolution of monarch butterflies.

The authors (Zhan et al.) examine genomes of 101 genomes from the Danaus genus.

First, basic ignorance. I had no idea there were so many populations of monarchs around the world. That was nice to know.

Second, the ability of genomic research to identify the specific genes that were the basis of selection is really astounding. As someone who measures a lot of plant traits, to dive into the genomes of so many populations and species to identify traits that define species is pretty special.

With the genomic work, they really are identifying traits that we didn't know exist at the organismal level.

For example, the authors identify selection on a collagen gene that affects flight muscle function.

That's not easy to identify empirically.

In all, I'll admit I'm jealous of what the authors could put together on the monarchs and related species. Biogeography, evolution, and function all wrapped up into one paper redefining our understanding of monarch butterflies.

How large a bison herd?

The idea of the buffalo commons provoked many people to think in the late 80's and early 90's. With the commons, a large herd of bison--maybe millions--would roam the open expanses of the West.

Today, bison reintroductions continue, but most of the herds are small. Maybe a few hundred. By comparison, the largest public herd--Yellowstone--is roughly at 4000 animals.

So, realistically, how much larger could we get? How big a herd is possible?

There are a few constraints on figuring out how large a bison herd is realistic.

If you don't cull the bison, then you have to rely on predation. Unfortunately, wolves just are not a significant check on bison population. Yellowstone National Park, which has the most active wolf packs interacting with bison, still relies on culling animals when they leave the park to hit their target population size, which is actually about 1000 animals less than what are out there. Wolves don't keep them in check.

If predation isn't a check, then the upper limit becomes food and/or disease. This is an effective regulator, but that means periodic mass starvation and/or disease epidemics.

I'm not sure people in North America have the stomach for that yet.

Even Oostvaardersplassen hasn't quite made it to that level of hands off.

In reality, periodic culling is going to be necessary to manage a large bison herd.

If so, how big a herd is realistic?

Assuming that land area is not a limitation, a couple key numbers here to work off of.

First, is the intrinsic growth rate of a bison herd. This is going to vary, but a 25% growth rate is reasonable for most herds.**

**This is going to vary with sex ratios and other factors, but it's a good start.

Second, is how many animals a work crew could process. Bison have to be rounded up, worked individually, and then sorted. Some of those animals go back to the herd. Some are sorted off to go to market.

In general, a single crew can work about a bison a minute. 400 bison in a day is a good estimate of how many bison can be worked in a day. That translates to 2000 bison in a week. If you dedicate a month to working animals, then that would be approximately 8000 bison.

So, if you dedicate one work crew and corral system for one month to processing animals, then your maximum herd size is 8000.

8000 animals in a corral at one time, is not a small corral. And it would take a lot of hay to keep them fed while they are being processed.

What if we relax the assumption that some animals are returned?

What if just the first 8000 get shipped off?

This would mean calves, yearlings, males, females. Whoever is caught in the "net" goes.

If you remove the assumption that 75% of the animals are returned to the herd, then roughly that would let you have a herd size of about 32,000 animals. This would roughly be stable if every year 8000 animals are shipped off and growth rate is 25%.

Can you add corrals, or sort longer than one month? Yes, but there is no precedent for this.

What about field harvests? With field harvests, animals are often shot in the field and processed in trailers on-site. Yet, the typical rate for a crew is 8 animals per day. Over a 6 month period, that's still just a 1000 animals per day. Harvesting bison sustainably this way would never permit a herd size of more than a few thousand at best.

So what are the likely prospects for a bison megaherd?

Assuming you can get the land, it's going to be hard to have more than 8000 animals in a herd.