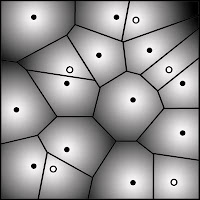 Competition research can be summarized as “who wins and why?” The secret to competing for resources is to get them before your neighbors do. Took about 30 years to nail down how that works on land, and it'll probably take another few decades likely to nail down the details.