Reproducibility: "even the paint on the walls" 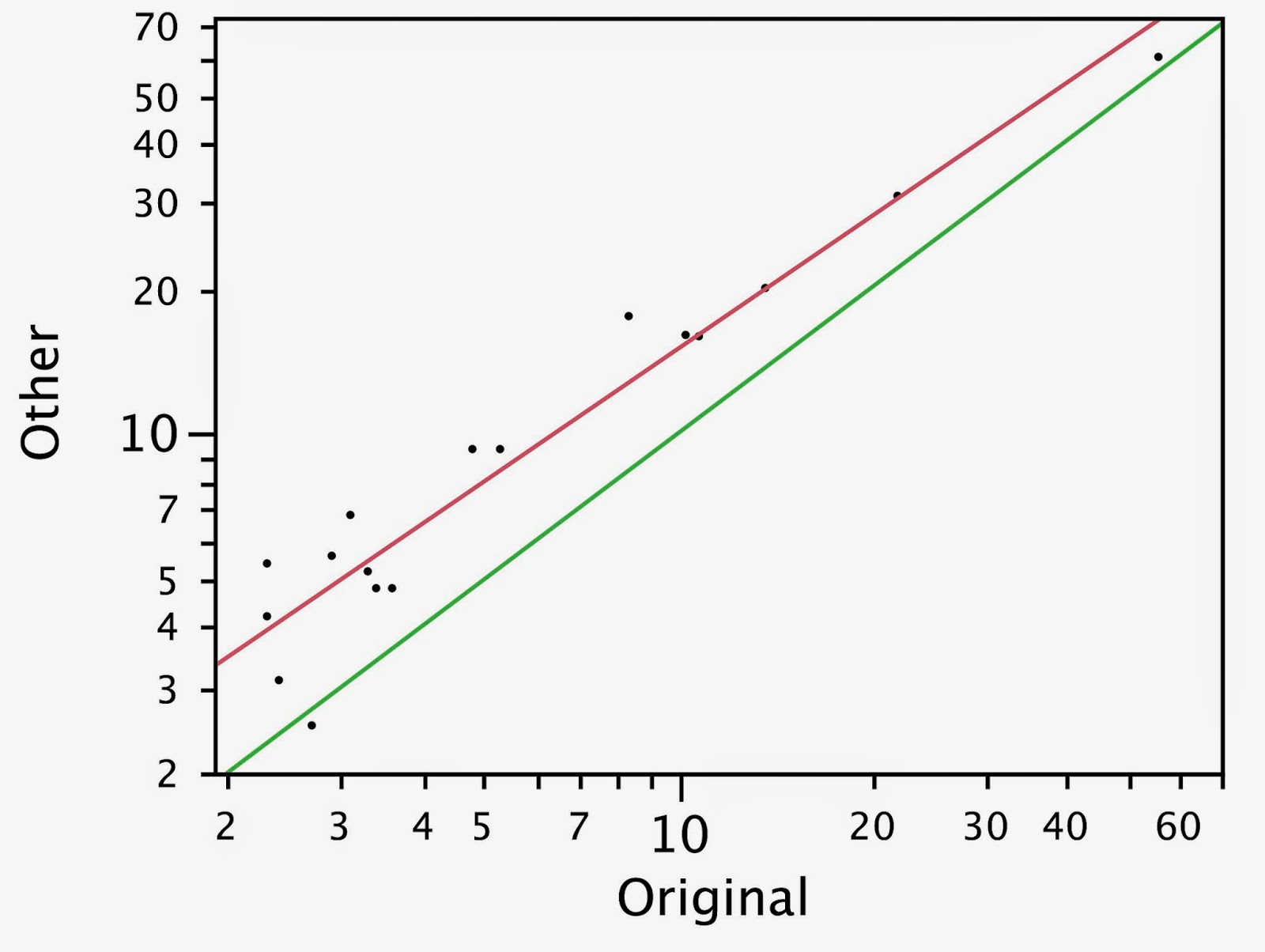 I remember reading a book that talked about reproducibility. Part of the story was that some techniques are so sensitive and so complex, that once they are successful, you don't vary anything when reproducing it. One of the references was a microchip plant, where once successful, they would reproduce the conditions exactly, "even the paint on the walls".

We're starting up the first round of water potential measurements for the GD3D project. We'll measure psi-crit for over 1000 species. The protocols are almost exactly the same as last time I tried this, but a few changes ensued. For example, different growth chambers.

In the technique, we stop watering the plants after 6 weeks of growth and then measure stomatal conductance every day (or more). When gs < 5 mmol m-2 s-1, we measure the plant's water potential.

The first set of plants I was measuring seemed drier than before. For a number of them, I couldn't push out any water. I checked on the numbers I had last time for species that had overlapped and it seemed like plants were drier than last time.

I went through the possible culprits. Turns out it was the machine.

I used the same model machine as before and it had just been calibrated. But, it was a different machine. I just picked up the other one rather than the old one,  which had been calibrated at the same time.

I did a comparison of measurements between the two on the same leaves.

The other machine I was using was reading conductance twice as high as the original. No idea why that would be, but it was pretty clear.

That's why they were so dry this time.

I changed the paint on the walls.

I've got some plants to regrow.