Why be efficient? A question for C4 plants 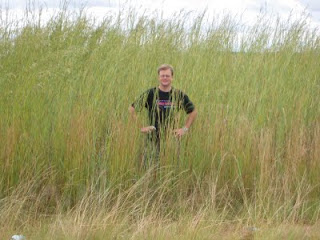 Some of the characteristics of C4 are a bit mythological. For example, although C4’s can have higher photosynthetic nitrogen use efficiency, many C4’s have high tissue N concentrations and many C3’s have as low an N concentration as the lowest C4. Not everything about plants is destined from photosynthetic properties.

We also know that C4’s span a wide range of water and nitrogen availability. NADP-me type C4’s increase with mean annual precipitation, not decrease. And C4’s like the grasses we use in many lawns and golf courses have high nutrient requirements, not low, having evolved in grazing lawns that have high nutrient availability. In all, there is no evidence that C4’s preferentially occupy low water or low nitrogen habitats.

The efficiency of C4 species is one of the great mysteries of evolution. Is it an interesting by-product of selection for carbon gain under certain conditions? Or is it indirectly linked to success in ways that are not obvious? Likely, until we better understand the fundamental question of “Who wins and why?” in the plant world, that aspect of C4’s will still be a mystery.
Posted by JMC at 8:33 PM