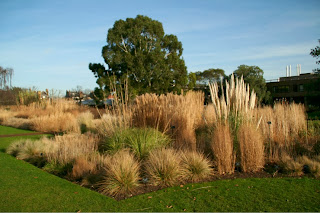 About three years ago I started to think hard about how to advance plant trait research. It was suffering from a lot of shortcomings.

One of these was that we couldn't compare many different traits for the same species. Researchers were not measuring many key traits. If they were, it wasn't on the same species in a manner that could be comparable. We needed more overlap.

The answer to these problems was model species sets. Just like model organisms generate synergy by encouraging multiple researchers to ask different questions on the same plant, model species sets can do the same for functional ecology.

I just put a letter together with a few others for New Phytologist. In it, we argue that model species sets are as important to functional trait research as model organisms were to comparative molecular biology.

We work through a few issues in the manuscript.

How do you pick what broader pool of species the model species sets should represent?

How do you assemble a model species set?

How do different researchers use the same species sets in synergistic manners?

As we discussed these issues, what was exciting was how quickly some fundamental questions about the evolution and ecology of plant species could be answered once model species sets are in place.

With just 100 species, the leaf economic spectrum would have been apparent. It would not take long to test for the wood or root economic spectra. How long would it take to find other sets of correlations in defense, life-history traits, or low-resource tolerance?

Once these traits are measured, comparisons among traits becomes simple. Knowledge stacks up on knowledge.

By growing species under the same conditions, differences in traits arise from the genotype. But growing the sets across a range of environments can show how trait relationships respond to changes in environment.

That will be exciting.

I guess once we get to the point where we understand the patterns within a model species set, new experiments would be necessary that grew them under comparable conditions. But after repeatedly growing 100 species, growing 200 or 300 doesn't sound too daunting.