Over the past few days, I had a chance to visit some great prairies to do some work on bison.

The first was Broken Kettle in Iowa. Owned by The Nature Conservancy, it's the largest intact native tallgrass prairie in Iowa.

The second was Ordway Prairie in North Dakota. Also owned the The Nature Conservancy, it's unofficial claim to fame is having some of the largest bison in the US.

Each prairie is grazed, but they have different histories and current management.

While at each one, we talked about what grazed grasslands looked like and what to expect. For the managers, they need to try to fill conservation goals for bison, but also for birds that require habitats with different amounts of grass as well as promoting plant diversity.

A simple question of how many bison to stock becomes a complex analysis of examining the prairies.

So part of the what we talked about at each site was whether there was enough grazing, or too much.

One of the interesting features of the grazed areas at each site was how many forbs there were and at what density.

At Broken Kettle, a recently burned area looked like this:

When you look closely, the grasses are grazed down to golf course green height. Forbs are rare, but large. It reminded me of some grasslands in England and Scotland, except with Solidago instead of Cirsium.

The plant community at Broken Kettle in many spots is still recovering from aerial spraying of herbicides so one might not expect to have a broad distribution and diversity of forbs.

In contrast, Ordway Prairie seems to be grazed less intensively (at least this year). It's hard to find places that were grazed hard.

A lot of the grass seemed to be smooth brome (Bromus inermis). When you do find areas with forbs, it doesn't look the same as what was at Broken Kettle. The grasses aren't grazed down as hard and the forbs often seem crowded. 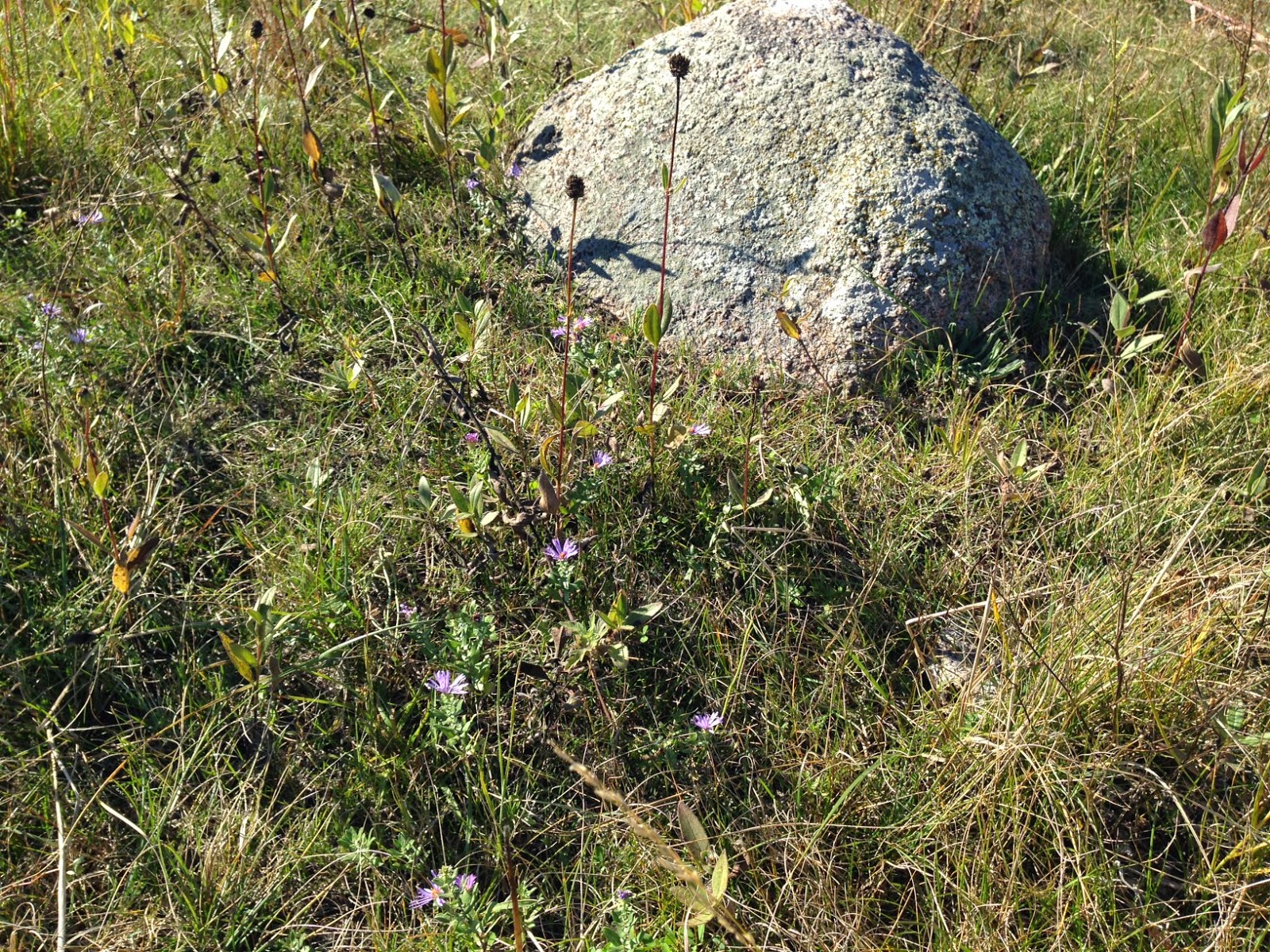 In all, there is still debate about what grazed grasslands look like. How much grass (and what species) should there be for sustainable grazing? How many forbs to expect?

It's a complex question, and I'm glossing over a lot.

Still, there's a lot of basic ecology left to work out about grasslands. A lot of people have different opinions, which are colored by their local site.

At the very least, I'd really like to see a coffee table book of just photos of grazed grasslands. Just seeing the diversity of grasslands out there would be an eye opener.**